EAMDA co-operates with different European NMD associations and their representatives that have connections with local decision makers. In that sense, EAMDA is a member of different international associations such as: European Disability Forum (EDF), European Federation of Neurological Associations (EFNA), European Patients’ Forum (EPF) and EURORDIS – Rare Diseases Europe.

European Federaton of Neurological Association (EFNA) is an umbrella group representing pan – European so-called neurology patient group. EFNA slogan is: ”Empowering Patient Neurology Groups”. They strive to add capacity to their members – allowing them to be the most effective advocates possible in their own disease specific areas. EFNA embraces the concept of Partnership for Progress – working at a high level with relevant stakeholders from the fields of policy, medical, scientific/research, industry, patient partners and other key leaders.

The mission of EFNA is: To influence policy makers and legislators in Europe, particularly in the European Union, to prioritise resource allocation to reduce the burden for people living with a neurological disorder.

EFNA goals are:
AWARENESS – To promote public awareness and understanding of neurological conditions; eliminating the associated prejudice/stigma.
ADVOCACY – To raise awareness and generate patient based evidence of the burden and impact of neurological disorders; increasing priority given to neurology by policy and decision makers and by health care providers.
EMPOWERMENT – To ensure that our member organisations are empowered and supported to be active in advocating for neurology, and provided with the opportunities and channels to do so effectively.
ENGAGEMENT – To work closely with our partners and relevant stakeholders in the field to ensure that the neurology patient perspectives and preferences are represented and considered in policy and decision-making – ensuring a multi-stakeholder approach, with patients taking the lead.

The members of EFNA shall be European patient support organisations that uphold aims similar to those of EFNA and that are legally constituted following the laws and customs of their country of origin.

For EAMDA is very important to be mutually connected with other European umbrella DPOs and scientific groups, especially in the times of the crisis which threatens to isolate us completely and destroy the work and results we have achieved so far at national as well as at international level. This would additionally influence the marginalization of persons with neuromuscular diseases and even more severe separation from the services that the society should provide for us, from scientific and other achievements which should improve the quality of our lives, as well from a possibility to connect mutually and exchange information, knowledge and experience which is also extremely important.

All these reasons point to the extreme necessity of connecting the DPOs and persons with disabilities themselves with scientific groups, as one of the methods for confronting the further violation of our human right and for development in all fields. 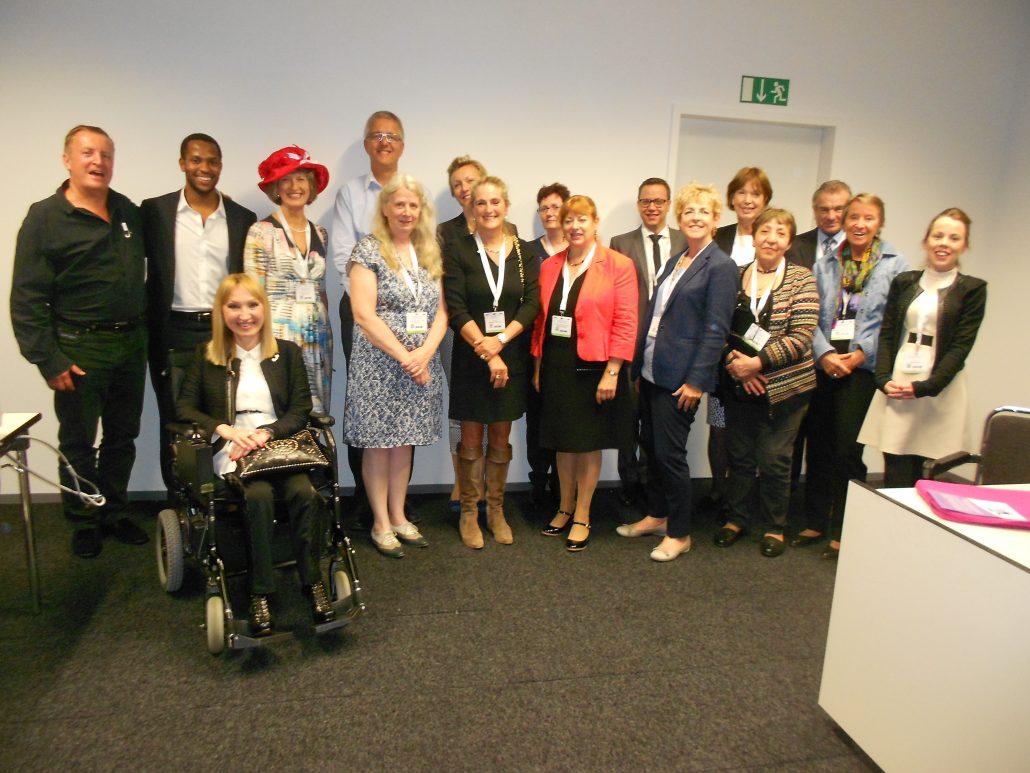